For most 2020 was a year to forget. It saw races and events being cancelled left right and centre. Some managed to squeeze events in before the pandemic really hit. Some took to running marathon distances in their kitchen, swimming the length of the channel in their bath. Whilst others enjoyed the sunshine in their garden with a beer or two. This year the Club has seen many members undertake extraordinary feats of endurance. There are almost too many to mention, but we’ll try!

The committee has managed to whittled down the Long Distance Award nominees to three very worthy folk.

First up, Men’s West Cumbrian Captain Fantastic Calum Tinnion. In February he went over to Northern Ireland to run around a 4 mile loop. Hardly long distance you say! He was in fact taking part in a last man standing race. Where competitors had to keep setting off to complete the loop, on the hour every hour till they could take no more. Calum managed 116 miles and finished 9th. His partner Miriam was only getting 20 mins of sleep at a time for 29 hours. Training for this event saw him complete many equally daft runs like seeing how many laps of Buttermere he could do.Then in July, he decided to punish himself even more, as he completed a solo Bob Graham round. Miriam met him at the road crossings at Threlkeld, Dunmail and Honister to top up his supplies and provide a bit of brief crack.Well done Calum on an impressive year! A very well done for Miriam too for looking after you! 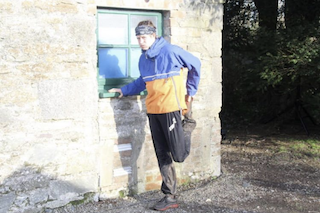 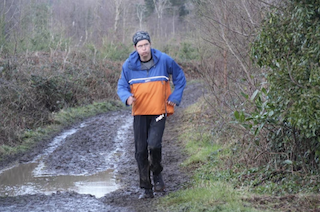 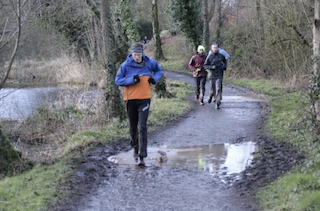 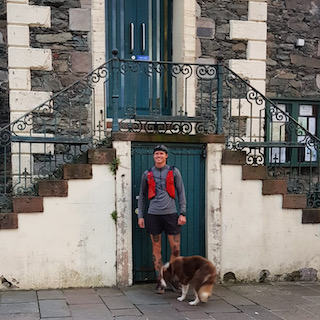 Secondly we have Cat Evans. Someone who needs no real introduction. In January Cat, along with Jo Gillyon continued to dominate their class at the Marmot Dark Mountains. An event which takes the classic two-day mountain marathon format and gives it a darker twist. Rather than two days of running with an overnight camp in between. They pack two days of running into one very cold wet winter night. Hopefully they had a good head torch! Cat and Jo proved that they are tough as nails and took the win in 13:54:37.Later on in the year Cat, once again showed us all how tough she is, when she completed a solo Cumbrian traverse. A route which ticks off 21 lakeland peaks involving over 30 miles and 12,000ft of ascent. Over some very rough fell terrain she danced back up to the moot hall looking like she’d just finished a parkrun. Very well done on all your achievements in 2020 Cat!
Cat said this when she was nominated… “Wow I am so honoured to be even nominated amongst such wonderful people. Thank you!” 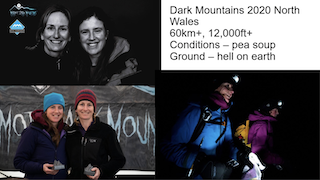 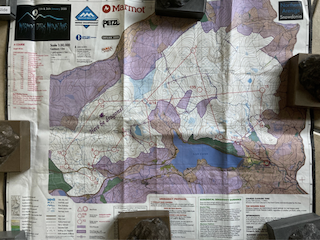 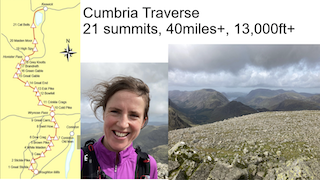 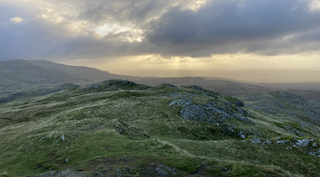 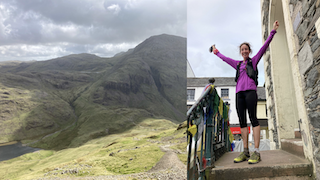 Finish at Moot Hall
Finally, Rob Allen. For those of you that don’t know Rob, he lives down south (way past Dunmail Raise!) but he has been running for the club for a few years now. In January, Rob completed the gruelling Spine Race, 268 miles in the depth of winter. Armed with his buffalo jacket, a big old rucksack and hopefully more than one annoying song stuck in his head. He completed in 133:57:41, finishing in 22nd place. Rob’s love of running crazily long events in the depths of winter then saw him tackle the Lakes, Meres and Waters (LMW) route in December. He managed to set a new winter record and became only the 3rd person to complete the round in under 30 hours, when he finished in 29 hours 20 mins.Congratulations on a brilliant year Rob!
Good luck to all 3 of you!

“Just to complete the picture, in 2020 I raced just shy of 600 miles, including record attempts.  As well as the Spine and LMW, I set the record for my local trail here, the Greensand way (115 Miles, 12,000 ft) and set a PB for 100 miles in the Thames Path 100 of 17.55 – not sure if that’s the fastest 100 by a KAC member? Here are some pics – finish of Thames Path, Recceing LMW (climbing High Street), approaching Elterwater in the LMW and kissing the wall of the Border Hotel, Kirk Yetholm in the Spine.” 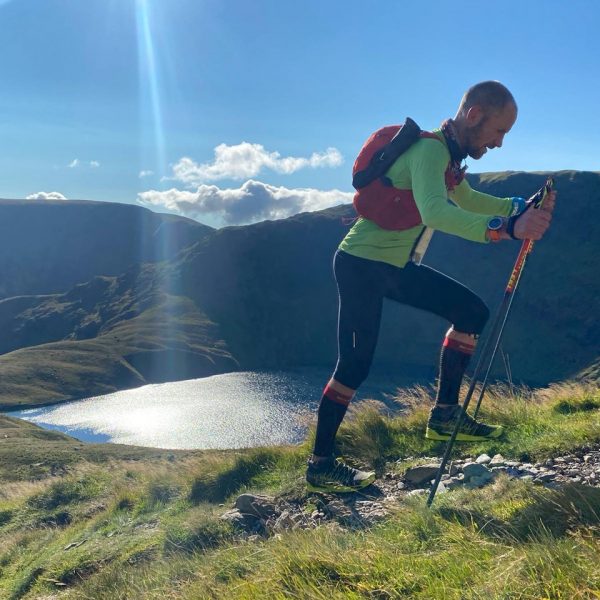 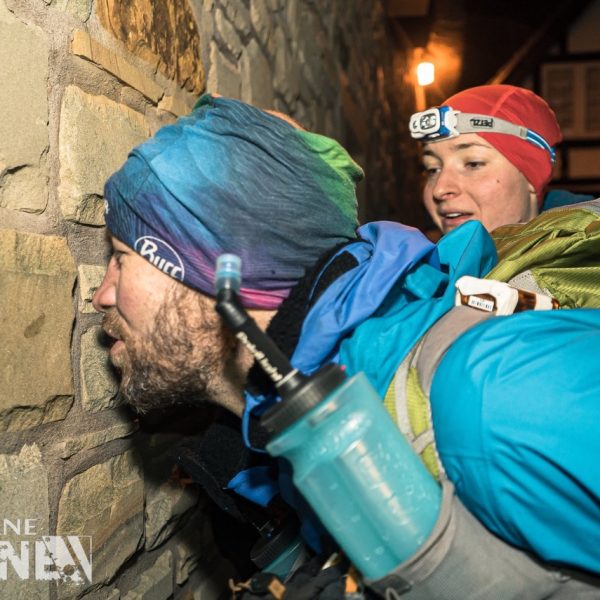 Kissing the wall in the Spine 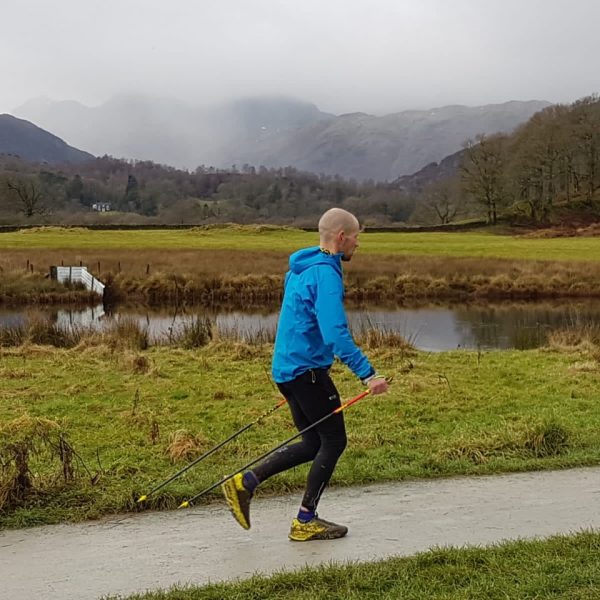 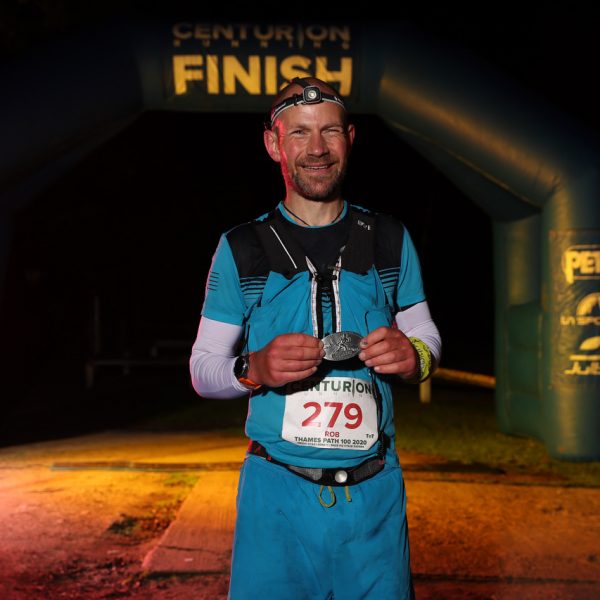