October has always been one of my favourite months for fell running. I would never class myself as being one of the ‘fast boys and girls’ (even though everyone knows I wear ladies running shorts), but I do always seem to hit a patch of form around this time of the year. Which is highly annoying as the season is almost over!

The fell running calendar really does go out with a bang! With the Hodgson’s, Langdale Horseshoe, Lakes in a day and the British Fell Relays, all happening within a few weeks. This year was extra spicy as the Yorkshire 3 Peaks was also rescheduled from April to October. Off the fells there was the Manchester Marathon. So I really do have a lot to write about! 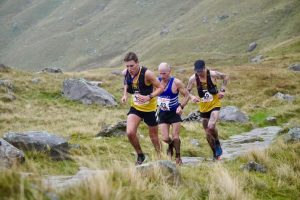 I’ll properly start you off with one of my favourite fell races, Langdale Horseshoe. 12.5 miles and 4600ft ascent of proper rough and ready Lakeland fells. The final race in this year’s Lakeland Classic trophy.

It was a horrible day. Wet, claggy and surprisingly mild. The first climb was horrible. Folk were slipping and sliding everywhere. Not a good sign of what’s to come. Matthew Atkinson, who was looking to seal the Lakeland Classics Trophy title, formed a little pack with Men’s captain Calum Tinnion and legendary fell runner, Ian Holmes. They jostled for positions going around before Matko managed to drop them both on the last descent on Blisco. Sealing his 3rd classics victory of the year, in 2:15:16. Calum managed 2nd in 2:16:12. David Birch was 12th. If I hadn’t taken a few awful lines in the clag, and had a decent run we may have just snook the team prize. Unfortunately, I felt like I had a shocker. At one point I thought I’d end up in Wasdale. This was especially embarrassing as I’d put my name down for the nav leg at the British Fell Relays the week after. I crossed the finish line in 46th in 2:49:51.
Mingma Tshering Sherpa also took a bit of a bad line coming off Blisco, and ended up doing 1.5 miles further than anyone else. Though, he still managed to get round in under 3 hours. Finishing in 2:51:43 and 49th place. Jamie Lawler just missed out on squeezing under 3 hours. He finished in 3:00:30.

As much as I love this race, the best part of this year’s event was the pie at the end! 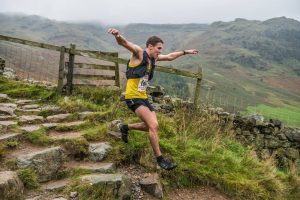 In the far away land of Yorkshire. The 66th Three Peaks was also taking part. This is the marathon with mountains. Which scales the famous Yorkshire Dales mountains of Pen-y-ghent, Whernside and Ingleborough and is one of the oldest, most famous and best organised fell races in Britain. Keswick were represented by Tom Day, Dave Prosser and new member Holly Wootten. The race was won by Ambleside’s Gary Greenhow in 3:05:22. Tom Day finished 9th in 3:17:08. Dave Prosser was 4th in the men’s V50 category, 3:48:23.

On the road, Tristan Windley finished 10th in the Manchester Marathon in 2:26:45. Knocking 3 minutes off his previous marathon personal best. Tristan has been in very good form the last few months. A particular highlight that springs to mind is his 2nd place finish at the Fleetwood Half marathon. When he ran 1:13. The day after supporting Paul Fullwood on leg 3 of his Bob Graham, in absolutely biblical conditions!

Mark Walsh came 6th in the Manchester Half marathon, running 1:08:46. 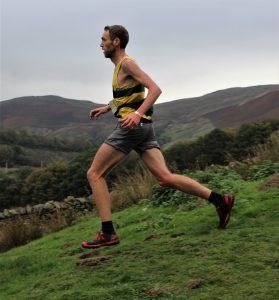 If you’re a fell runner then I highly advise doing everything you possibly can to get into a team for a fell relay event. They are the best events you could ever hope to do! There is always a discussion between the top teams, as to “which would you rather win. Hodgson’s or the FRA’s?” (The FRA relay has now been rebranded the British Fell Relay, but I like most people will continue to call them the FRA’s). Competition is fierce in both. Though the FRA’s do tend to attract more teams from afar, and have capacity for more teams to enter. Going into the event there was lots of talk about who was the favourite. Fresh from their win at the Hodgson’s it was hard for most people to look past the Keswick A team. Which consisted of John Battrick on leg 1. Sam Stead and Matthew Atkinson on leg 2. Mark Lamb and Carl Bell on the 3. Then Harry Bolton on leg 4. When asked at the start who their biggest rivals were, Harry Bolton said it was in fact the Keswick B team, of Tom Day, Jacob Tonkin & Sam Hooper, Calum Tinnion & Steve Hebblethwaite, Chris Arthur.

Seeing 220 teams of fell runners, all from different corners of Britain standing in a field, just off the M6 at Tebay I might add. Is a real spectacle. When the gun goes and they all charge off it’s impossible to not feel psyched up for it! 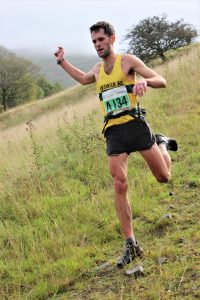 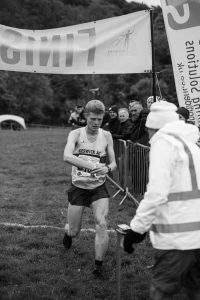 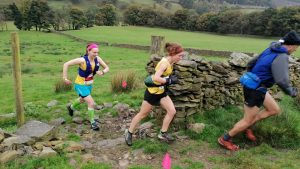 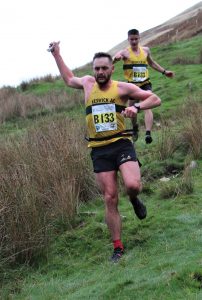 Tom Day had a good run and came in 18th from leg 1. He handed over to Sam Hooper and Me (Jacob Tonkin). As expected, I held Sam up a bit on the first climb and we lost a few places. We had after all set off before a lot of other clubs A teams. Having other teams in front does make the nav leg a little easier, but following other teams can often lead to mistakes. So I made sure we were running our own race as much as possible. Sam was making his fell relay debut and ran a very good race. We managed to regain all the places we’d lost on that first ascent. Mainly thanks to us both being good descenders, and a clever midweek scout out of the area. We came back to the changeover still in 18th place. Finishing our leg in 1:09:38. We passed over to Calum and Steve, who had a fantastic run. 8th fastest on leg 3 and finished in 1:10:16. They came back in 12th overall and passed over to Chris Arthur, who was making his return to fell racing after a couple of years out. Despite losing his dibber out on the course, he brought the B team home in 31:00. Meaning we finished 12th overall in 3:25:35. Which made us the fastest B team! 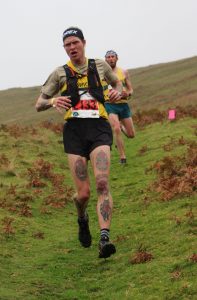 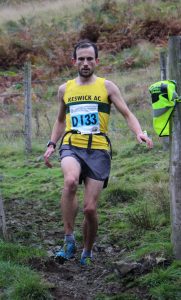 Keswick had a very strong team in the FV50 Category. Kerry Cornforth ran leg 1, and came in 2nd place in a time of 52:45. She handed over to Julie Carter and Gill Atkinson for the nav leg. Gill was making her fell running relay debut. They ran the 2nd fastest time in their category and finished in 1:36:31. Then Lyn Thompson and Hazel Davies ran leg 3. Also finishing 2nd, in 1:50:05. Then Sara Hodgson was on the anchor leg. It’s always hard to be on the last leg. You never know when to start a warm up, when to eat, and if you get there dead early there’s a lot of standing around. None of this seemed to affect Sara, she set the fastest FV50 time of the day by 8 minutes! She finished leg 4 in 38:26. They finished 2nd overall in their category. In a time of 4:57:47. Helm Hill took the win in 4:56:49. Dallam Divas were 3rd, 5:49:18. 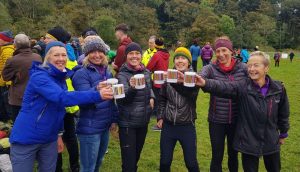 What an October it’s been so far!

In a racing season like no other it is amazing how phenomenal the strength in depth of our club is. We are truly blessed to have so many fantastic runners running for our club. Long may it last! 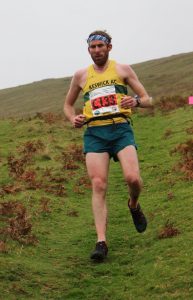