2020 should have seen the inaugural Golden Trail National Series in the United Kingdom, a national series of fell/trail running races, sponsored by Salomon. The Serpent trail 50km (south downs national park), The Snowdon Trail Marathon (Wales), The Scafell Pike Marathon (Lake DIstrict) and The Ring of Steall Skyrace (Scotland). The six fastest runners would be offered a chance to participate in the multi staged European ‘Grand Finale’ race, in the Azores Islands, in October.

Due to Covid-19 all of these races were cancelled. There was however, there was a slight flicker of hope that the ‘Grand Finale’ would still take place.

Though in order to have competitors for the Finale, the format had to be changed. Instead of races, they would be using the popular activity tracking app Strava. Two routes were created in England for runners to tackle. Allowing runners to follow social distancing guidelines, whilst still competing. The fastest male and female would win a Golden Ticket to the Azores. These routes, or ‘Golden Segments’, were based in the Peak District and here in the Lake District.

Starting and finishing from Honister slate mine, runners would time themselves around the popular Four Passes route. A route which was created by former Longthwaite Youth Hostel (Now Borrowdale YHA) warden Peter Parkins.

Starting from the green train at the slate mine, the route goes up and over Honister Pass, over to Scarth Gap, down towards Black Sail youth hostel and back up Black Sail Pass, down into Wasdale, back up towards Styhead Tarn, down to Seathwaite and a final climb back up to Honister to retouch the green train.

Runners had from 1st July to 1st October to run the route and upload their times. Despite the slow start the online event became incredibly competitive. In the last few weeks it seemed that on a daily basis runners were setting new benchmarks, and thus putting a target on their backs to be beaten. 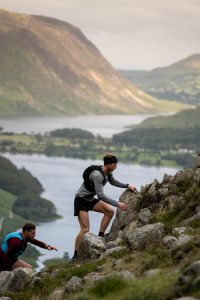 Ricky Lightfoot, of Ellenborough AC sat atop the leaderboard for some weeks. Before Keswick’s James Appleton set a new fastest time of 2:25:15. A week later Steve Hebblethwaite, also of Keswick AC shaved 56 seconds off James’ time. The yoyoing continued!

With one week left it seemed like Ricky would be getting his hands on the golden ticket. Until just 48 hours before the end of the event, Billy Cartwright, who lives in Keswick but runs for Matlock AC, set the winning time of 2:18:31. Just 2 seconds quicker than Ricky’s time. 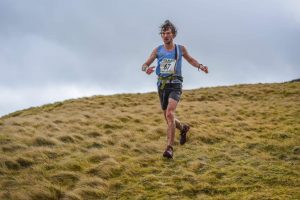 The final leader board was a very close affair. Only 7 minutes separated 1st and 5th place.

The lady’s event was won by Sarah McCormack, of Ambleside AC, who got round in 2:36:34, finishing 10th in the overall standings. Keswick’s Nicola Jackson finished in 2nd place in 2:46:14. 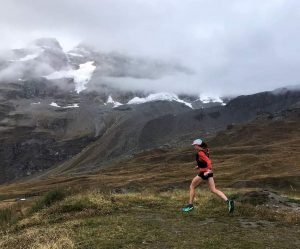 Despite runners from all over the UK tackling the course, the leadership board was dominated by local runners.

The Grand Finale is due to take place from the 28/10/2020 to 01/11/2020. We wish both Billy and Sarah all the best of luck as they line up against professional runners such as current Bob Graham record holder, Kilian Jornet.